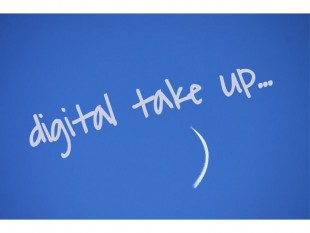 It’s been an education. Whether it be Blood Donation registration at the NHS in Watford, or the Carer’s Allowance Digital Service at DWP in Preston, I’ve seen a wide range of services and an even wider range of approaches to DTU. Some services are making significant gains with take up. These contribute to the drive to hit the Chancellor’s target of a 10 percentage point increase by Summer 2016.

The advantages of digital take up to departments are numerous. By following the GDS Service Design principles, services are built to put the user first. They’re designed to fulfil the needs of users, so are often simpler and quicker than the traditional routes they replace. The services I’ve seen over the last six months certainly do that.

A further advantage to the user is the speed at which a problem with the service can be solved. If a user is confused by the options on a paper form, they’ll call the contact centre. Updating the paper form to reflect this user need could take many months. Digital services don’t have this problem. Should an issue be identified through user feedback, the service will be able to react quickly and make the necessary changes. The speed of this response is one of the fundamental advantages of digital services. The process of collecting user feedback for this purpose is widely used across government.

There’s a lot of tired back office systems in government which could benefit from an upgrade, or better still a replacement. Whilst traditional methods continue to be used, there’s no incentive to improve the back office system. By introducing a digital route, there’s a new method of collecting data.

Where does this data go? When first starting out on their digital journey many services didn’t have a way of plugging their online service into their back office. This meant there was little advantage of having a digital route as staff still had to manually key the data. However, just through introduction of this new data collection method, services have started to think about their whole process. Many are now designing new systems using the same design principles as customer-facing services.

These new back office systems and super quick iterations mean that less has to be spent on administration and casework. Digital routes guide users through the process and generally prevent them from entering the “wrong thing”. Say, for example, a user made a paper application to update their driving licence. In doing so, they provided an old address. This would then have to be handled by a member of DVLA staff to establish why the data didn’t match. The digital route is able to interrogate the system during the application, and won’t allow the user to submit using incorrect details. This frees up DVLA’s case handlers to work on complex cases.

It’s clear that increasing the proportion of digital route users will allow services and departments to make cost savings across the board. This ranges from reduced postage costs to lower maintenance for a new back office system.

The Nirvana of 100% DTU would be nice, but it’s a long way off. To keep moving people to the digital route, services need to consider their users and provide alternative means of access. This is especially important for vulnerable users who can’t access services themselves. Working closely with partner organisations can help services to establish assisted digital routes for these users, boosting the number of digital transactions.

It’s been great to see services doing great things around digital take up, but there’s lots more to do. Digital take up is now referred to by Point 14 of the Service Standard, so it’s important that services have plans in place if they want to go Live. With the spending review looming, this is a great opportunity for departments to re-visit take up plans for their services. Good luck!