Dave Worley writes about how NHS Bloods and Transplants produced a national marketing campaign which increased their digital take up.

Marketing and communications is a key part of a digital take-up plan. New users can be encouraged to use the digital service by telling people about it using departmental communication channels.

Recently, I visited the NHS Bloods and Transplants team (NHSBT). They told me about the work they’d done around National Blood Week, which ran from 8th to 14th June 2015 and culminated with World Blood Donor Day. This included the memorable Missing Type campaign, where the letters A, B and O - representing the three main blood type - were removed from landmarks and company logos. This was aimed to raise awareness and strengthen the donor base for the future.

They’d already enlisted the help of some organisations by physically removing these letters from signage. Most notably, this included the street sign at Downing Street. 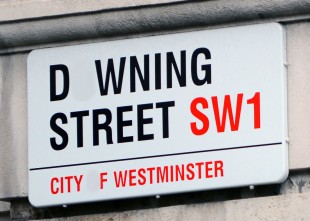 NHSBT engaged with newspapers and broadcast media for features about blood donation. Stories about the removed letters started to appear online, and the #missingtype hashtag went viral.

During blood week itself, the campaign started to reap rewards. Multinational companies began to get involved, not only following the campaign of removing letters, but also designing their own content. By the end of blood week, when Google removed their O’s for World Blood Donor Day, over 1,000 brands and organisations had participated online.

As soon as the NHSBT team introduced me to the campaign, I was immediately reminded of how it captured attention online in June. Missing Type is, of course, an example of a large national campaign - but the learning from it could apply for all digital services.

I noted the way the huge buzz on social media snowballed from initial articles (and often these themselves were not part of the direct campaign). Traffic from social media sources to blood.co.uk increased 353% during the campaign. It’s clear that using digital communication channels was a key part of their thinking. Using these helped them to build awareness that registration could take place online.

During National Blood Week itself, 22,702 registrations were made using the digital route. This amounted to 83% of all new registrations during the week, and represented an increase of 276% from the week of 25 to 31 May 2015. These were a direct result of the campaign and the exposure it received through digital channels.